Amanda von Trapp is the third oldest in the line of inimitable von Trapp siblings, but who’s counting? (We are, apparently!) The grandchildren of the youngest boy (portrayed as Kurt, in The Sound of Music) in the famous von Trapp family, and thus great-grandchildren of Georg and Maria von Trapp, our von Trapps grew up as singing siblings with their family in Montana and started touring the world at a young age. They didn’t intend to follow their famous ancestors into singing as a career, but when their grandfather, who taught them Austrian folk songs from the time they were in their respective cradles, was in the hospital after a stroke, they banded together to make a recording together to cheer him up. And thus discovered that they had a knack for this sort of thing! Maybe it was in the genes? In any case, one day, years later, they arrived in Portland to perform with the Oregon Symphony, and Thomas, who has always been obsessed with The Sound of Music, invited them to come up and sing with the band at the holiday tree-lighting ceremony in Portland, sparking a friendship that would lead to dozens of performances together, the album Dream a Little Dream, and many festive schnitzel night parties! Read More... Maureen was born and raised in Los Angeles, and began harp lessons at the age of 10. She attended USC on a music scholarship, soloing with the USC orchestra. In 1980, she moved to Oregon and began playing harp in the lobby of the new Marriott Hotel, and has since performed at events all over the region. Maureen is also a prize-winning photographer, specializing in landscape and travel fine art photos. Read More... 1. If you could have seen any musician in concert, dead or alive, who you never got to see live, who would it be? Read More... Our European Tour Director Gilles Gagnepain is the primary tour manager for Pink Martini’s three or four annual tours in Europe and the Middle East… but he also is the master of all of our complicated logistics for those tours, and has the extra responsibility of constantly exploring new touring ideas for us in different territories and at different venues overseas. Think of him as the Supervisor of the best summer camp ever. He keeps away the grizzly bears, leads the craft projects, assigns the bunks, and makes sure no one drowns. All while speaking to you in a charming hybrid of French and English.
A child of the 1960s, as a student in Paris he helped to organize a grand music festival “Campus à l’Oreille”, which took place in a dozen universities, and he has loved organizing complicated events ever since. He started on the road with Pink Martini in 2005, and in 2010 founded his own tour company, Your European Stage, which organizes and produces concerts and tours for artists such as Caetano Veloso, Suzanne Vega, Isabella Rossellini, Souad Massi, Carla Bruni, and many more. Read More... 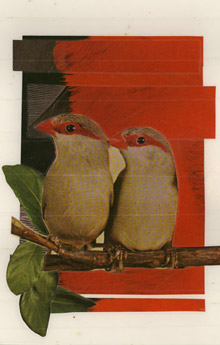