Our sound engineer Pete Plympton (on the left, next to our bassist Phil Baker), is a man of both incredible patience and incredible talent; he’s stuck with us since our earliest days performing at small clubs in our hometown of Portland, Oregon, in 1995, and we would be lost without him. An absolute and steady rock behind the engineer’s desk, he is a much bigger key to our successful concerts than our fans realize; he can make us sound harmonious in a tiny jazz club or in the vastness of the Hollywood Bowl. He deserves a trophy, or five, and we’ll make him a big one. Born in Portland, Pete grew up in a family of eight in Oregon City, on the Clackamas River, fortunately loving anything musical and fascinated by sound. After dabbling as a musician with a few local bands, he quickly realized he was best suited to a roll off-stage, engineering for prominent Portland bands and venues in the late 1980s and early 1990s, before getting that providential call from Thomas Lauderdale, inviting him into the Pink Martini family. Read More... Our fabulous guest singer Jimmie Herrod has been bringing audiences to their feet with his miraculous, transporting voice (and dazzling smile) since he started touring with us regularly in 2017. A native of the Pacific Northwest, born in Tacoma, Jimmie is the youngest member of our band but out-degrees us all, with Bachelors in music composition and performance from Cornish and a Masters of Music in Jazz Studies from Portland State University. Now based in New York City, he’s active with numerous groups both on the concert and theatrical stage, and is featured on lead vocals on Tomorrow, a 5-song Pink Martini EP which we released last year.

I love “Où est ma tête” and “Sunday Table,” but probably “Anna” would be my favorite

3. What Pink Martini song gets stuck in your head? Read More... Artist, composer, and singer-songwriter Edna Vazquez has been a delightful and extraordinarily popular addition to Pink Martini’s lineup ever since she started touring with us as a regular guest singer in 2017. Her fearless voice and bright, warm spirit light up the stage. Born in Colima, Mexico, and growing up in Jalisco, Edna is now based in our hometown of Portland, and has also toured regularly with her own band, as well as with the all-female Mariachi Flor de Toloache. Late last year we released a 5-song Pink Martini EP (Bésame Mucho) with Edna on lead vocals featuring both her own original music (“Sola soy”) and classics such as the title track and “Quizás, quizás, quizás.”

Ninna, Nanna (I don’t sing this song, but it’s one of my favorites), or La Soledad

3. What Pink Martini song gets stuck in your head? Read More... The other half of our all-star tag team at the drum kit (along with Andrew Borger), Reinhardt Melz was seemingly born with drumsticks already in hand. Stepson to famed Latin percussionist Bobby Torres, who has influenced and guided him, Reinhardt has been working professionally as a drummer since he was 17, and has laid down the beat for artists as diverse as Buddy Guy, Steve Miller, Les McCann, and Stevie Wonder. He tours regularly with Canadian rocker Gino Vanelli, and has been seen on stages (and heard on records) with Pink Martini since early 2016. Also, a little known fun fact: Reinhardt’s grandmother gave our fearless leader Thomas Lauderdale his first gig, as a ballet accompanist!

4. If you could have a side gig in any current band, which? Read More... It’s time for Meet Pink Martini – the crew edition! Pink Martini’s long-time stage manager Will Reischman is the quiet hidden engine of our stage shows. Our stage manager must ensure that every performance runs smoothly, from setting up the large amount of instruments and gear necessary for our “little orchestra”, to making sure the show itself runs like clockwork once the band is on stage. The job requires problem-solving, steadiness, strength, organization, and smarts, and Will brings all of those qualities in spades. And once in a while he even sits in with us on percussion!

Born and raised in Portland, Will grew up surrounded by music and live concerts. His mother, Julie, played the upright bass while his father, Steve, sings and plays the guitar. At the ripe young age of ten, Will began working in the live concert business for his father’s promotion company Showman Inc. and music has been his career ever since. A graduate of the University of Oregon, with a degree in International Studies and Spanish and a minor in Community Arts, Will worked at major venues throughout the Pacific Northwest before joining Pink Martini in 2008. Read More... 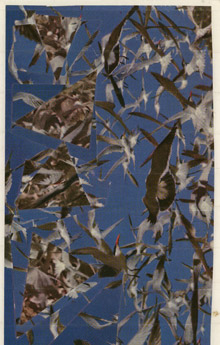